Mountain View, California is about to become the next city out of a growing list of over 70 that will ban the use of polystyrene containers for restaurants and other businesses.  Home to large tech companies like Google, LinkedIn, and Symantec, Mountain View has been a leader in reducing its environmental impact.  Like many cities, it had to wrangle with the plastic industry and “personal choice” advocates to bring about this sensible ban.

The ban is to take effect July 1, 2014 and applies to a broad array of organizations, from restaurants, to clubs, food trucks, and cafeterias, whether public or not. It bans the use of many foamed and extruded polystyrene products, including cups, bowls, plates, trays, cartons, and hinged or lidded containers (clamshells).  Those organizations are encouraged to switch to reusable or disposable compostable containers made from renewable resources.

We contacted the City of Mountain View’s Solid Waste Program Manager, Lori Topley recently to find out more about the ban and why polystyrene is so important to focus on removing from our environment.

Opponents often cite restricting “personal choice” and that litter is a people problem not a polystyrene one per se.  How would you respond to this?

Merchants have choices.  They may choose any container that is not polystyrene foam food service ware, such as containers made from paper, non-foam plastic or durable, reusable ceramic ware.

Litter comes from a variety of sources--from people inadvertently littering to birds and animals scavenging from garbage cans.

Regardless of the source, the one common denominator is that polystyrene foam is a distinctive litter concern because of its characteristics.  It is friable (crumbles into small pieces or pulverizes), lightweight and easily windblown into streets and waterways, which flow into the San Francisco Bay and eventually the ocean.  The small particles are difficult to collect by street sweepers and creek-clean-up volunteers, and remain in the environment because it does not biodegrade.

The particles are often mistaken as food and ingested by birds, fish, and wildlife, which can cause reduced food consumption and/or impaired intestinal tracts.  In ocean environments, the particles provide a surface upon which other pollutants may attach (e.g. pesticides from urban runoff), allowing the pollutants to be transported through waterways.  If ingested, the attached pollutants can cause reproductive failure, disease, or death in wildlife.

Finally, polystyrene foam is made from a non-renewable resource, does not biodegrade like paper, and is not recyclable.  There are other alternatives that are less harmful to the environment and easier to collect than polystyrene foam.

The myth that polystyrene (even food coated) is recyclable continues to perpetuate. What is the city or others doing to educate consumers as to why polystyrene is bad and why it isn’t recycled?

As a practical matter, polystyrene foam food service ware is not recyclable because it cannot be kept clean enough for processing, and the costs to collect and process it outweigh its market value compared to virgin resins. The only facility in California accepting food foam in Southern California reports they landfill it because it is too dirty for processing.  There is one facility in Northern California accepting it at their facility from consumers willing to wash it and place it in a plastic ziplock bag delivered to the facility.

We educate the consumer through newsletter articles, websites, cable television and civic meetings and events.  We point out that many businesses are able to recycle packaging foam, if they have large quantities, because it does not have to be cleaned.

Can you update us on the availability of city-wide compost collection in Mountain View- is this still planned for residences or commercial addresses as many cities in the Bay Area now have?

Food waste is being collected at businesses under the new solid waste contract with Recology.  A pilot for residences will begin in 2014 to try out different collection methods for consideration of a program. 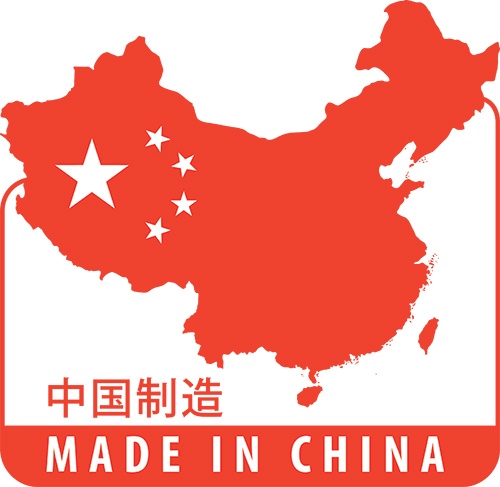 Made in China vs Made in USA: Which is more sustainable? Part 2 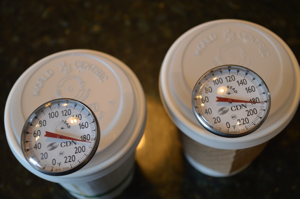